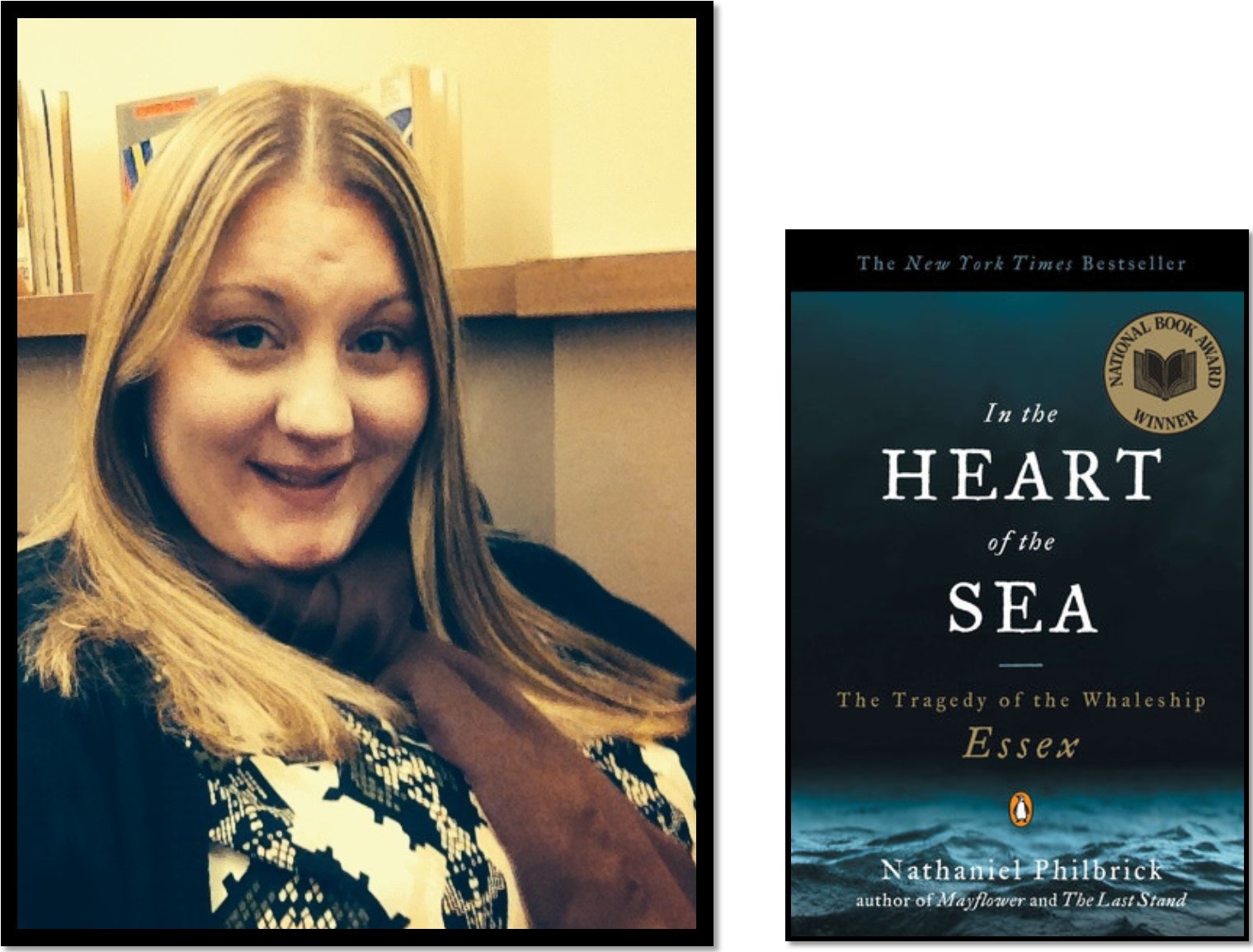 "In the Heart of the Sea" by Nathaniel Philbrick

"If you like the concept of Moby Dick without all of the extra symbolism, this  might be the book for you. Based on the same events that inspired Melville’s work, In the Heart of the Sea is a gripping tale of survival on the open sea. In addition to providing an in-depth history of whaling, this book speaks to the complexity and resilience of the human spirit." 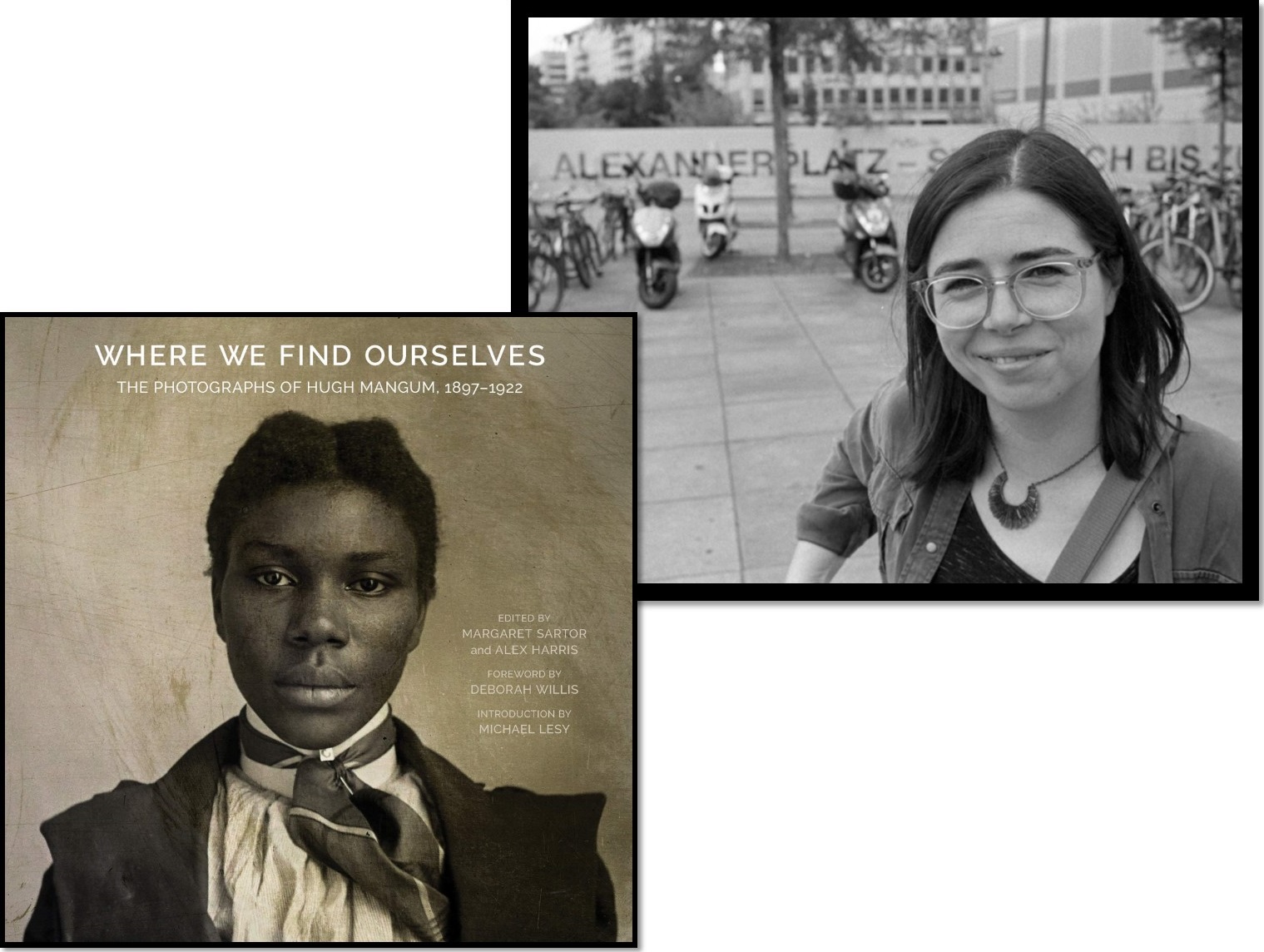 Where We Find Ourselves: The Photographs of Hugh Mangam, 1897-1922, Edited by Margaret Sartor and Alex Harris

chosen by Becca Brody, Head of Library Collections and Content

"This is simply the most beautiful book of portraits I’ve seen."

“The very best of his portraits open up and out and into the souls of the people who looked back at him. His studio was like a safe zone, the equivalent of a watering hole in a desert, a place where races and classes and genders gathered to be photographed by a man they trusted- a smiling fox of a man who radiated empathy and ease.” 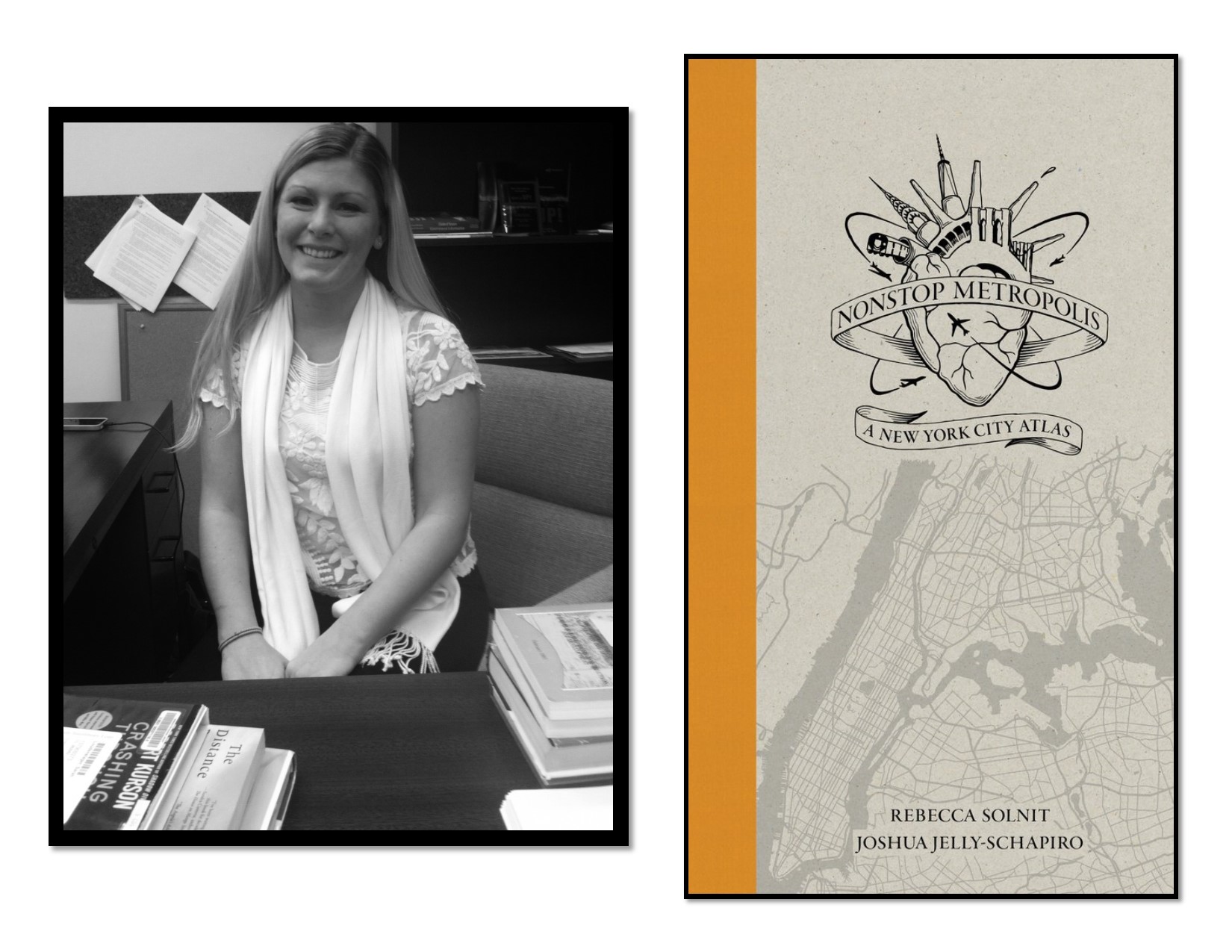 "I find this book really fascinating! I discovered it after enjoying some of Solnit’s other works. There are 26 maps (but not just ordinary maps; some are works of art!) and accompanying essays that cover a wide range of topics and offer different perspectives from the multiple contributors. There’s probably something for everyone in this book. It’s fun to browse or jump from essay to essay, and impossible to walk away from without learning something new." 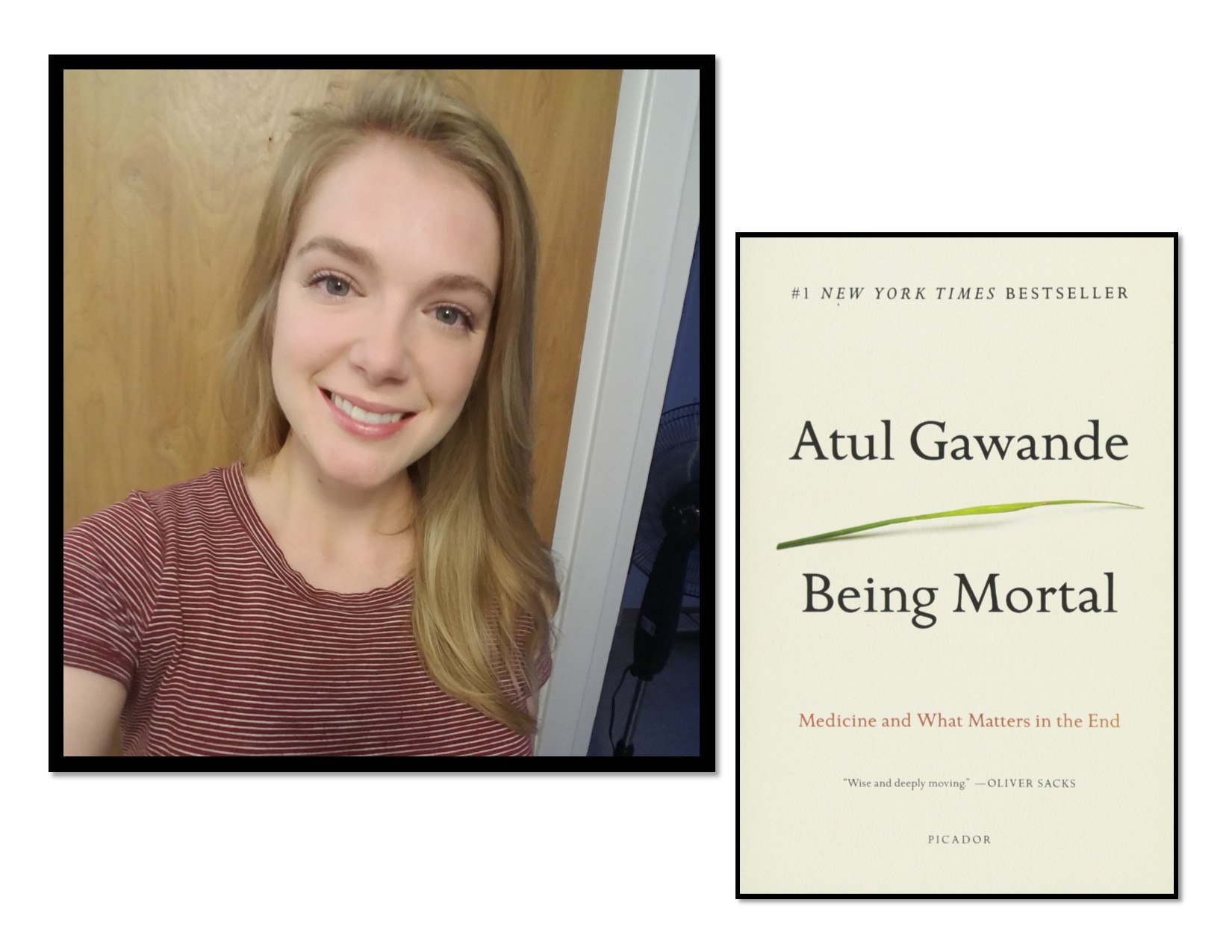 Being Mortal: Medicine and What Matters in the End by Atul Gawande

"'Old age is not a battle. Old age is a massacre.' At first, Being Mortal is a punch-in-the-gut sort of wake-up call to the injustices of aging, the failures of geriatric care, and the ways in which dying (and our fear of it) have shaped cultures. At its core, though, it's a story of a life--of all lives--and the magic that makes living a precious, boring, unknown wonder." 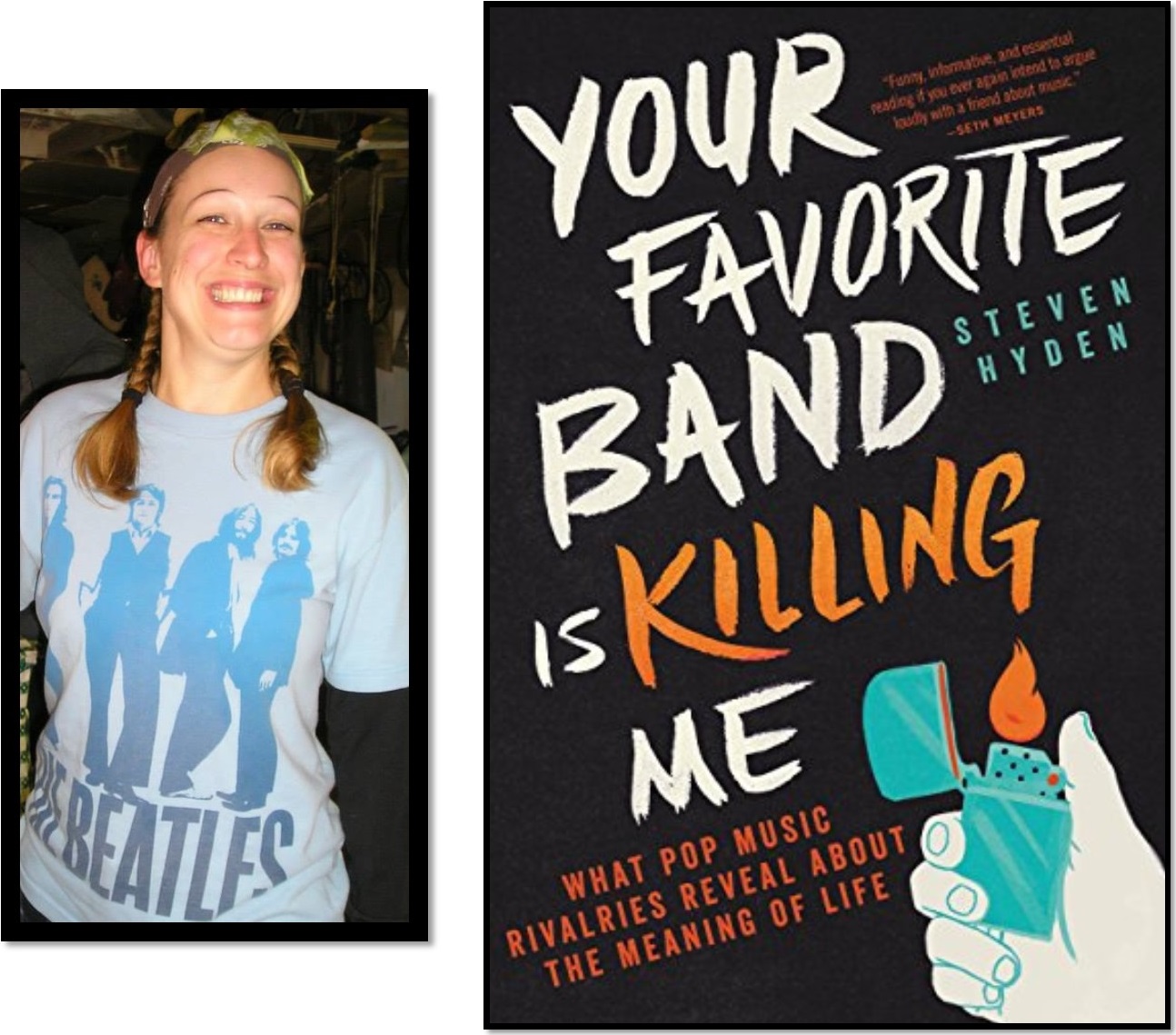 Your Favorite Band is Killing Me by Steven Hyden

"I wasted a good deal of my teens and early twenties arguing that the Beatles are far superior to the Rolling Stones.  Silly?  Yes. Because even if it is an objective truth (wink), musical taste is ultimately subjective.  If you are curious why people lay so much importance on rivalries or how the human tendency toward team think will ultimately destroy your happiness, read this book."

(Note: Photo taken at an event in which my Polish family gets together to make sauerkraut from scratch.  Yes, that is a leaf of cabbage on my head.) 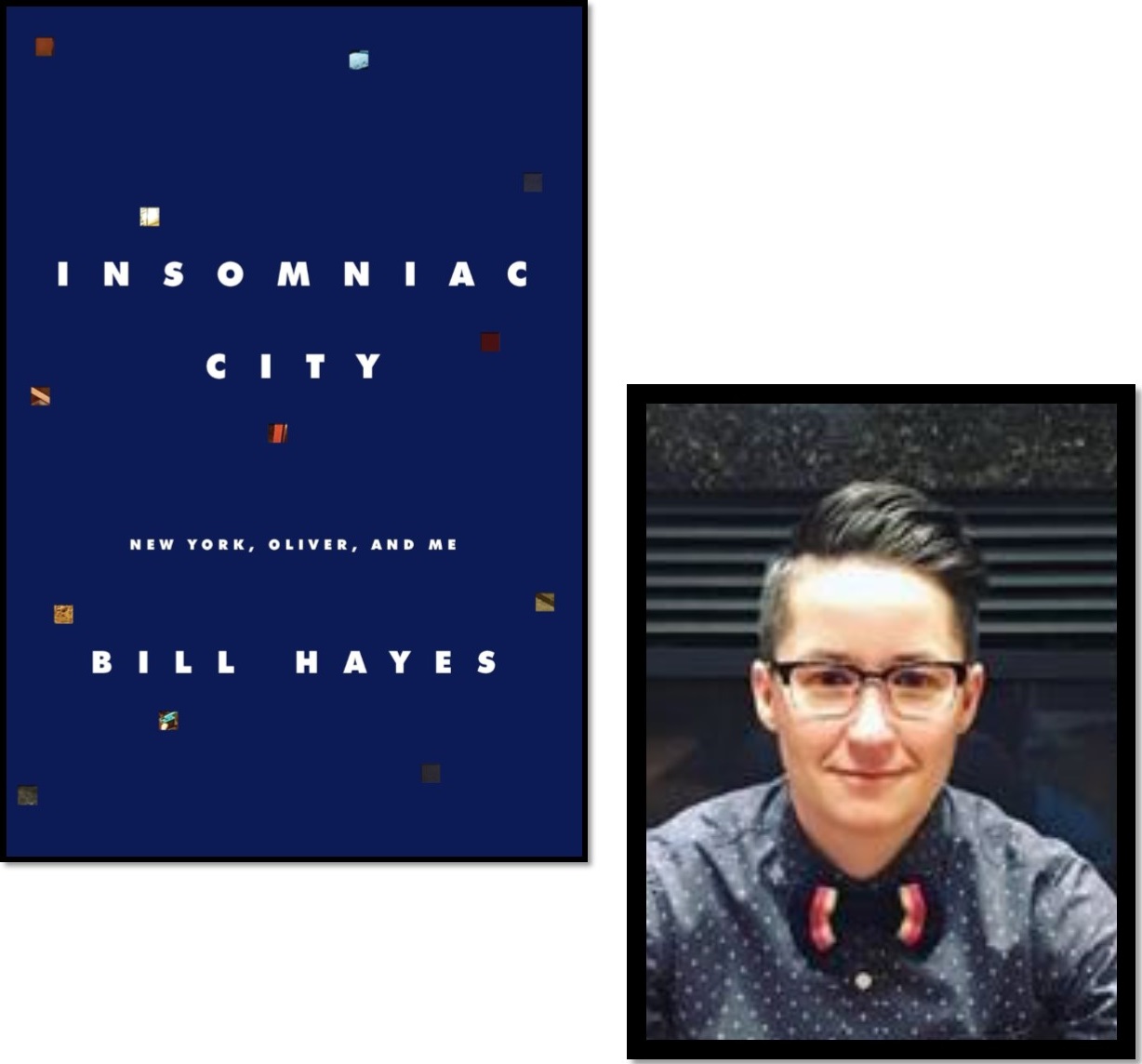 "Reading Insomniac City made me fall in love with Bill Hayes, Oliver Sacks, and New York City, all equally. It's the type of book you want to move through slowly, but then find yourself inhaling every page. A beautiful, compassionate, stunning, and captivating love letter." 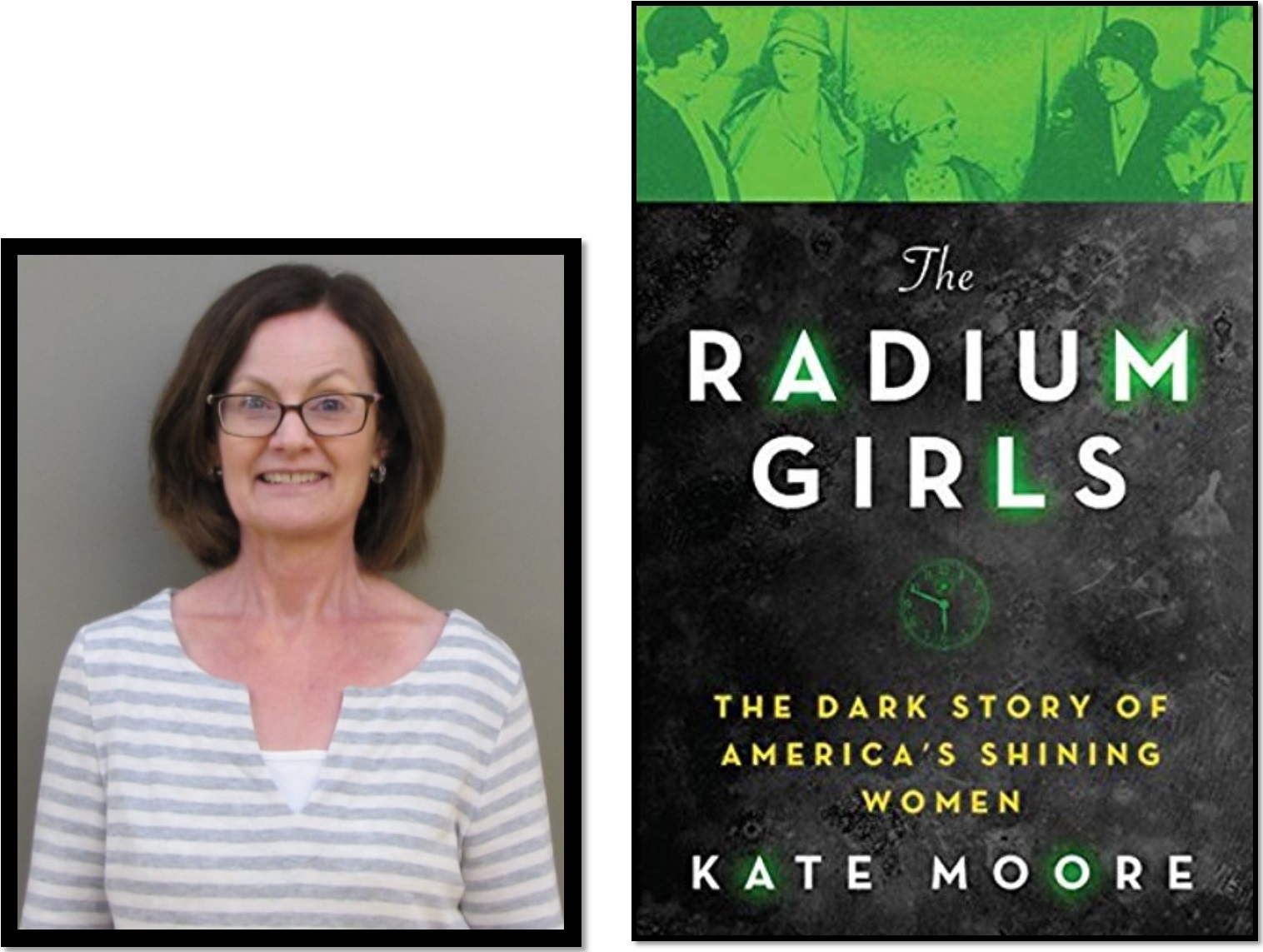 "This story of corporate greed and ignorance is a heartbreaking read due to the suffering that took place, but the strength these women had to overcome both their illness and the company that did not want to help them is truly amazing.  At a time when radium was believed to be a healthful ingredient for the body, these women used their lips to get points on the brushes they used to paint radium on clock faces popular during World War I and used by soldiers to see the time in the dark.  It is so painful to realize how long it took to bring the truth about radium to light. This is a chilling account of the struggle against illness, time, and greed." 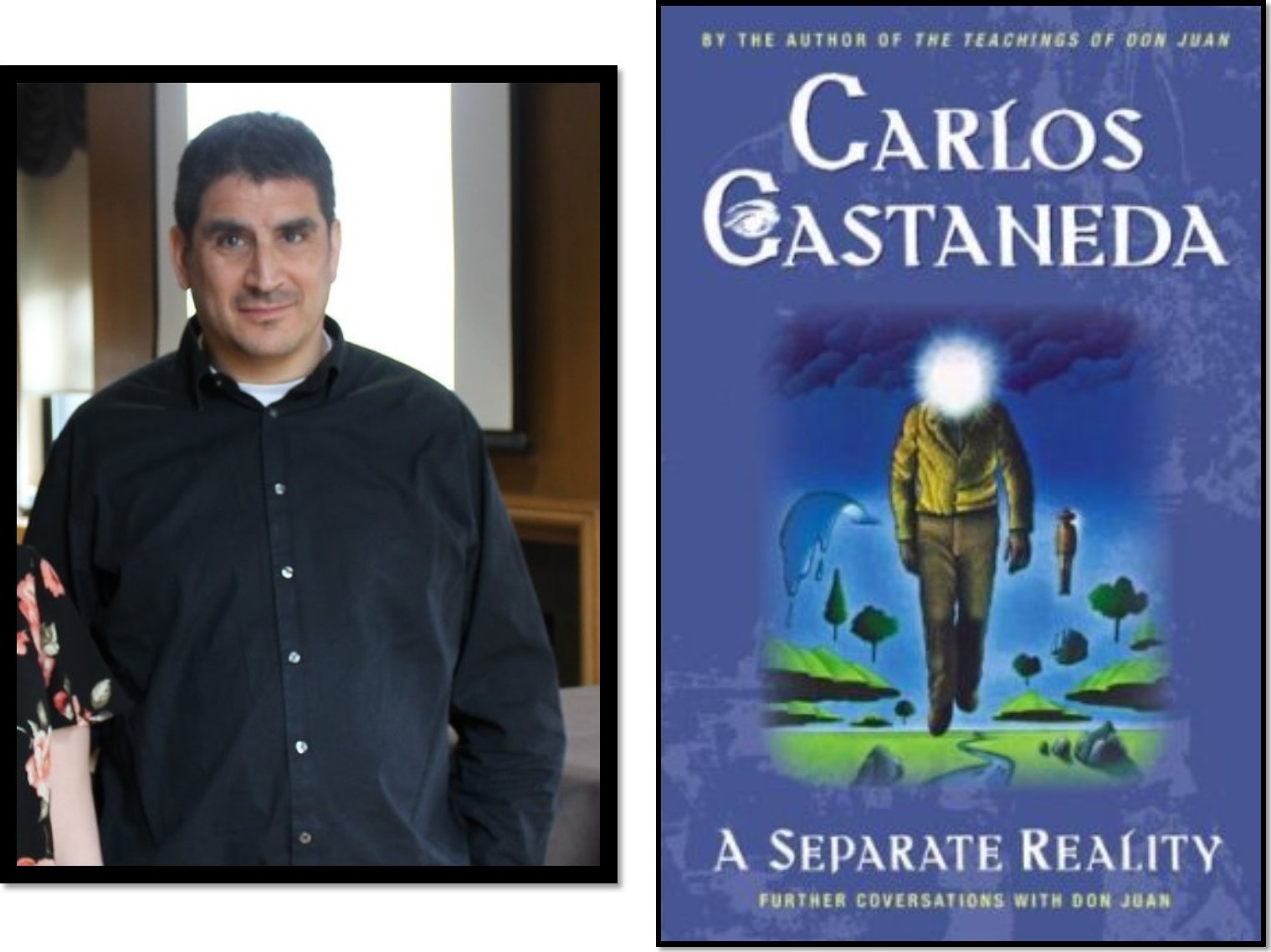 "Carlos Castaneda recounts an apprenticeship under a Yaqui Shaman, including, among other things, a spiritual awakening aided by the use of hallucinogenic plants."

"Extraordinary in every sense of the word." (The New York Times) 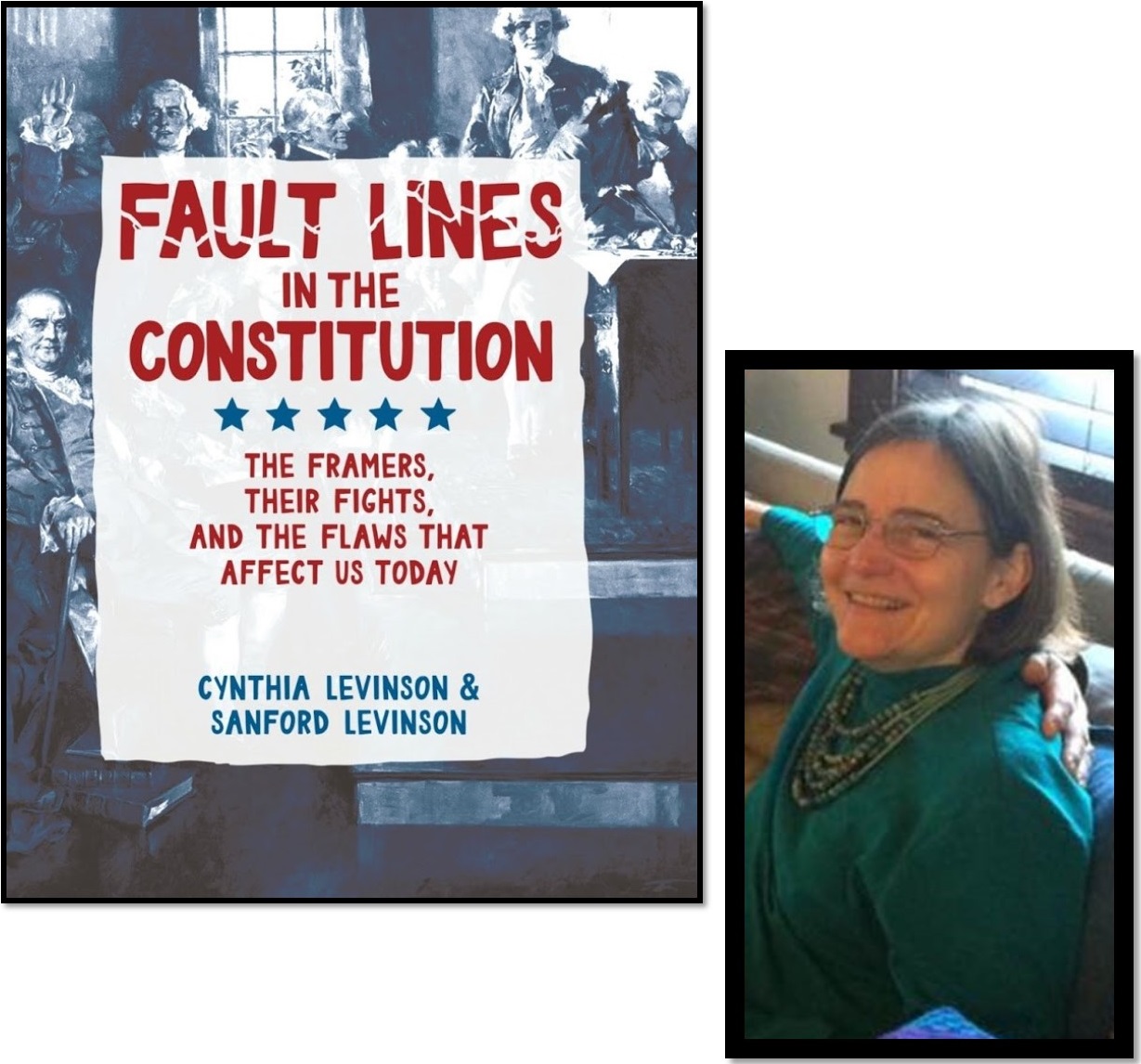 Fault Lines in the Constitution: the Framers, their Fights, and the Flaws that Affect Us Today by Cynthia Levinson & Sanford Levinson

"How many times have you heard 'The Constitution says this, or The Constitution says that?'  This quick and up-to-date read uses recent political incidents to illustrate what the official Constitution of the United States actually says and what the impact of the times in which it was written had on the chosen language (ex.: 'Meanwhile, Back in 1787'). 'So What’s the Big Problem?'  Read this book to find out.

"Full disclosure:  I normally stay away from stuff like this—but found it riveting!" 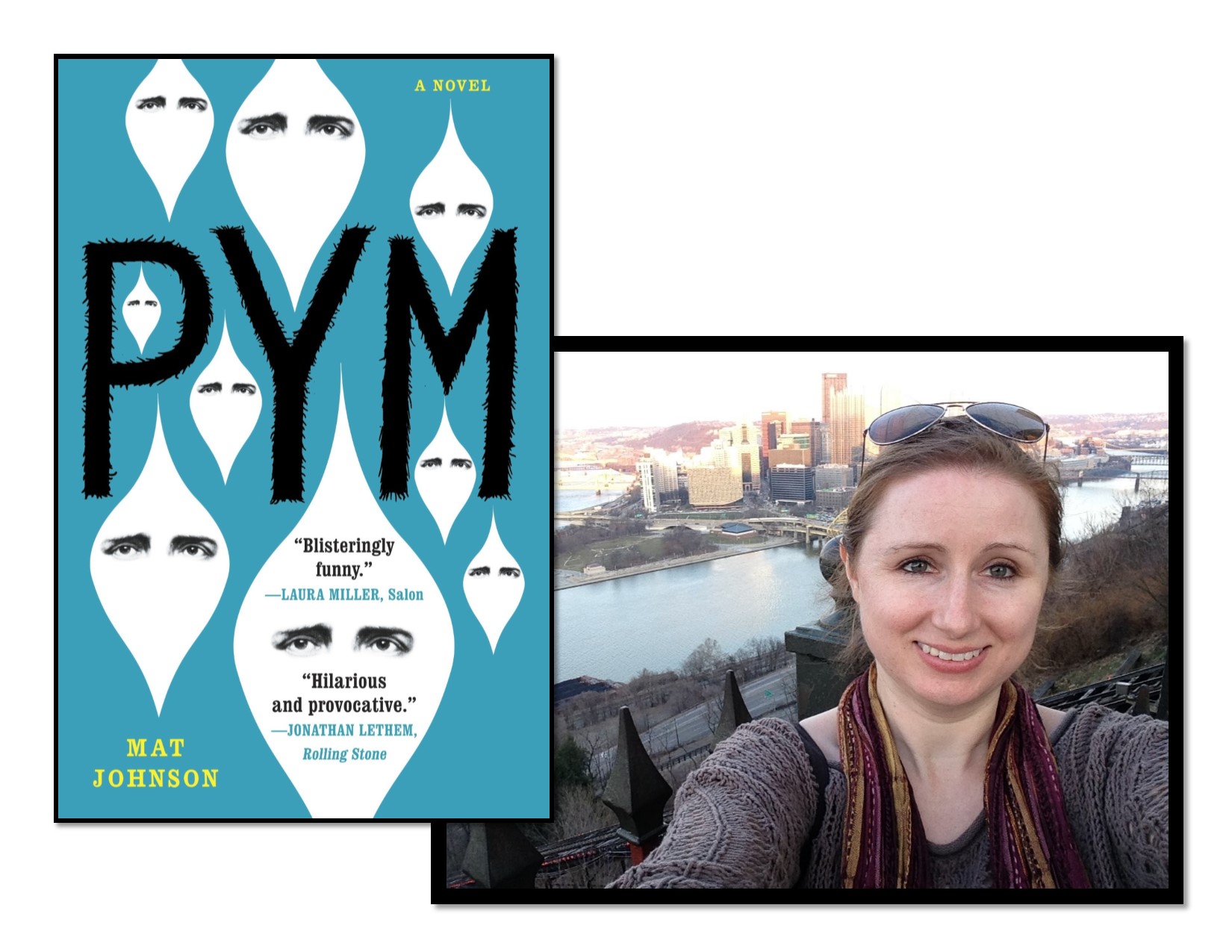 "'If we can identify how the pathology of Whiteness was constructed, then we can learn how to dismantle it.'

"This is the goal of Jaynes’ story, which is introspective and provocative while also being a hilarious social satire and modern fantasy.  Armed with evidence that may prove Edgar Allan Poe’s only novel was, in fact, a true story, ex-professor Chris Jaynes leads an all-black crew to Antarctica.  The possible truths of The Narrative of Arthur Gordon Pym of Nantucket include a tropical island near Antarctica populated with black natives isolated from the rest of the world and mysterious hominid-like creatures living under the ice, enormous and entirely white." 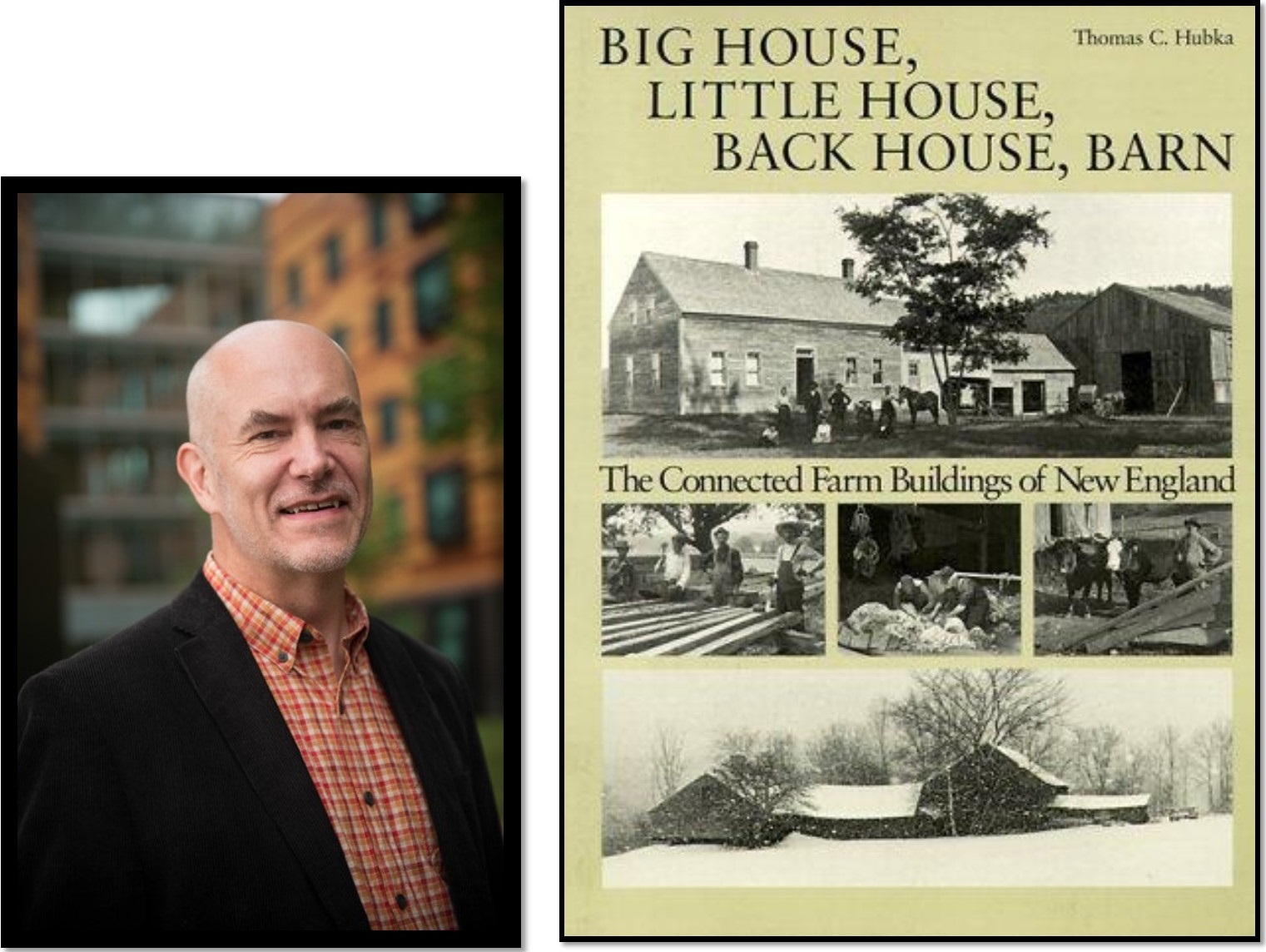 "This isn't a new book, but is essential for anyone interested in the history of New England. This book traces the history of New England farms from the first English settlers to the early 20th century and explains why our farmhouses and barns look the way they do. In doing so, it also traces a cultural history of change, from small self-sufficient farms designed to feed a family to farms in the late 1800s producing commercial quantities of food for America's growing cities." 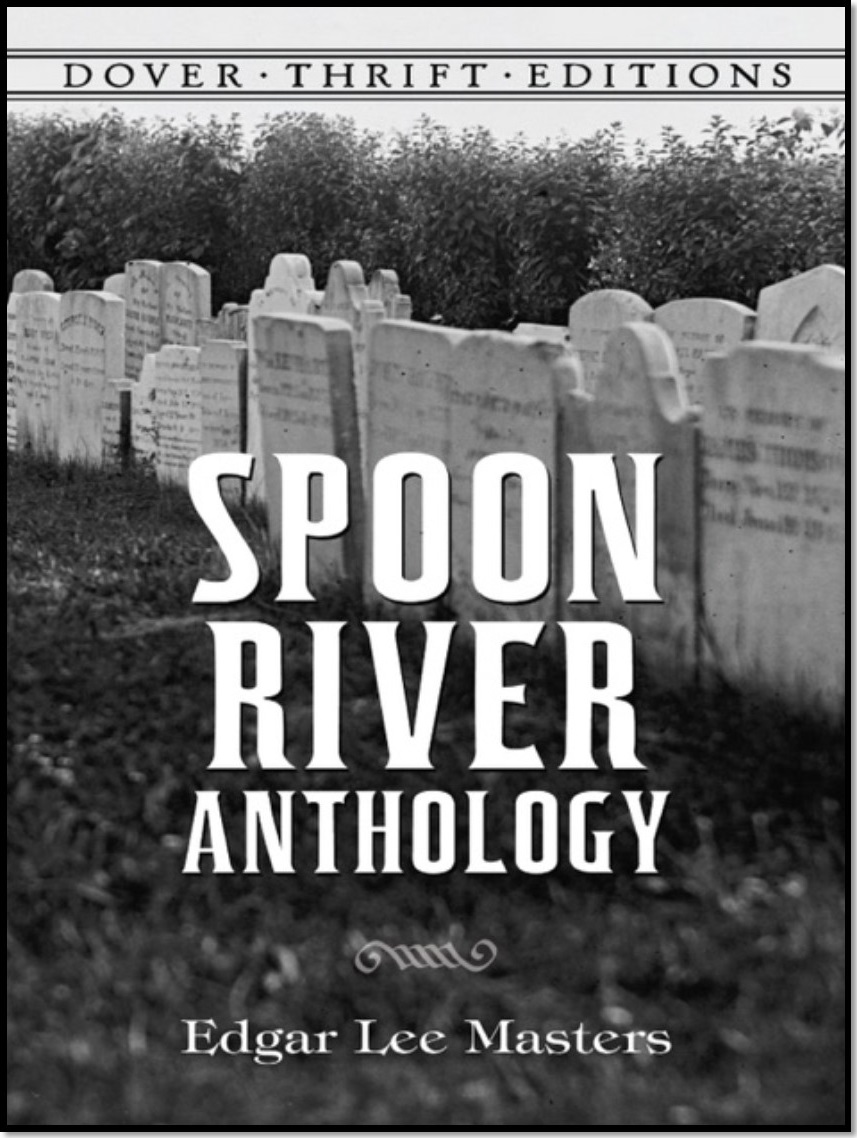 Also available as an e-book in our online catalogue.

"The Dead in their Graves share their Stories of Life in Spoon River."

“When Spoon River Anthology was published in 1915, Edgar Lee Masters shattered the myth of small-town America as the bastion of American virtue. In his thinly veiled fictional town of Spoon River, situated in central Illinois near Lewistown, where Masters grew up, the honest, hardworking, chaste, and churchgoing live amidst corrupt bankers, abusive husbands, unfulfilled wives, sexual deviants, and failed dreamers.”  - Wolff Scanlan, Laura. “How the Once-Banned Spoon River Anthology Made a Comeback in Lewistown: Poetic justice in small-town America.” Humanities, v. 36, n. 6, Dec./Nov. 2015. National Endowment for the Humanities, https://www.neh.gov/humanities/2015/novemberdecember/statement/how-the-once-banned-spoon-river-anthology-made-comeback-i 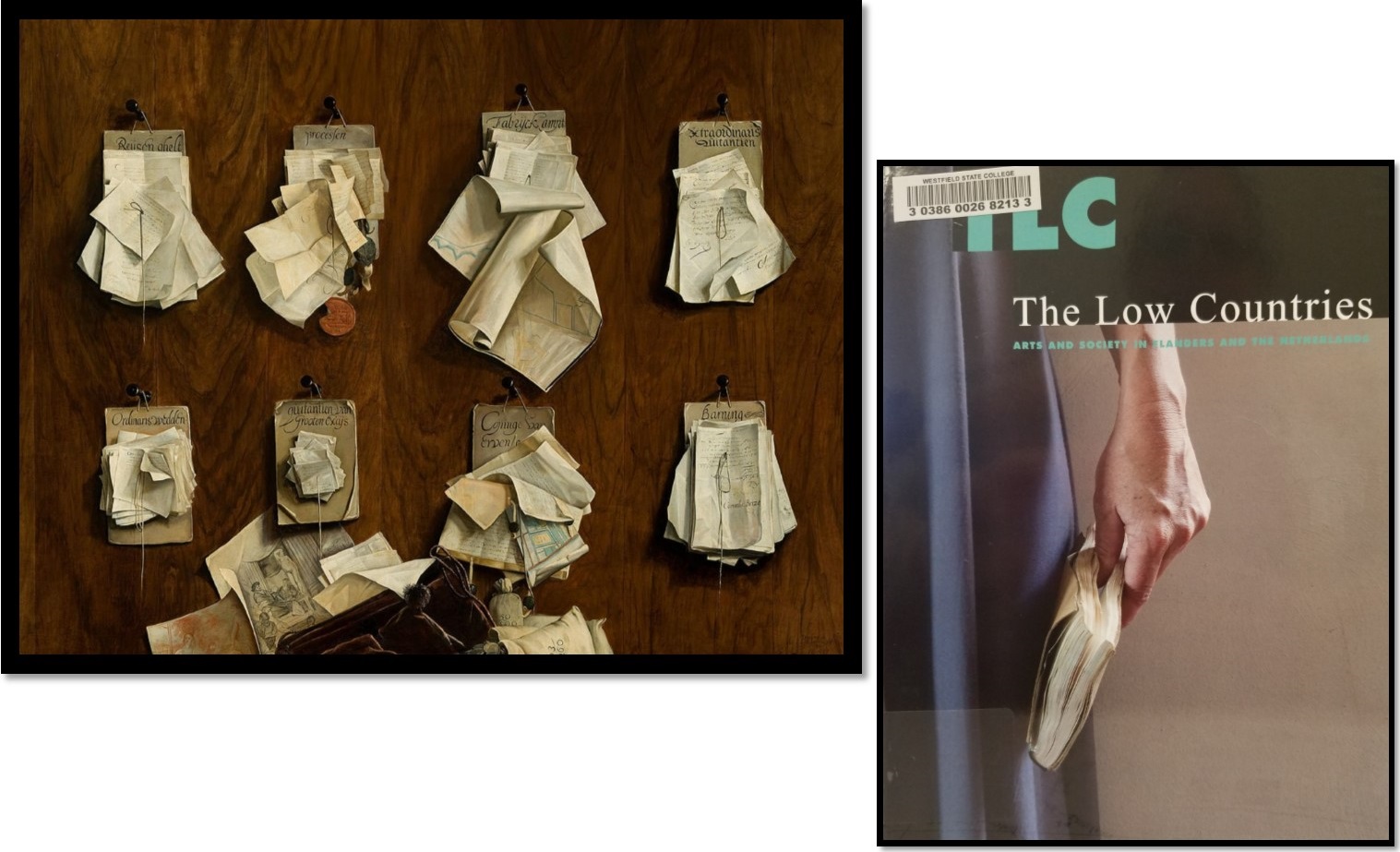 The Low Countries: Arts and Society in Flanders and the Netherlands. 24, Published by the Flemish-Dutch cultural institution