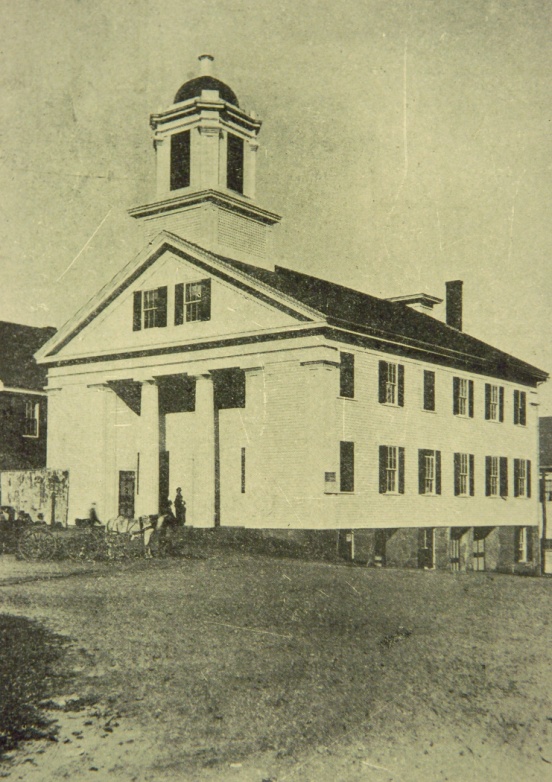 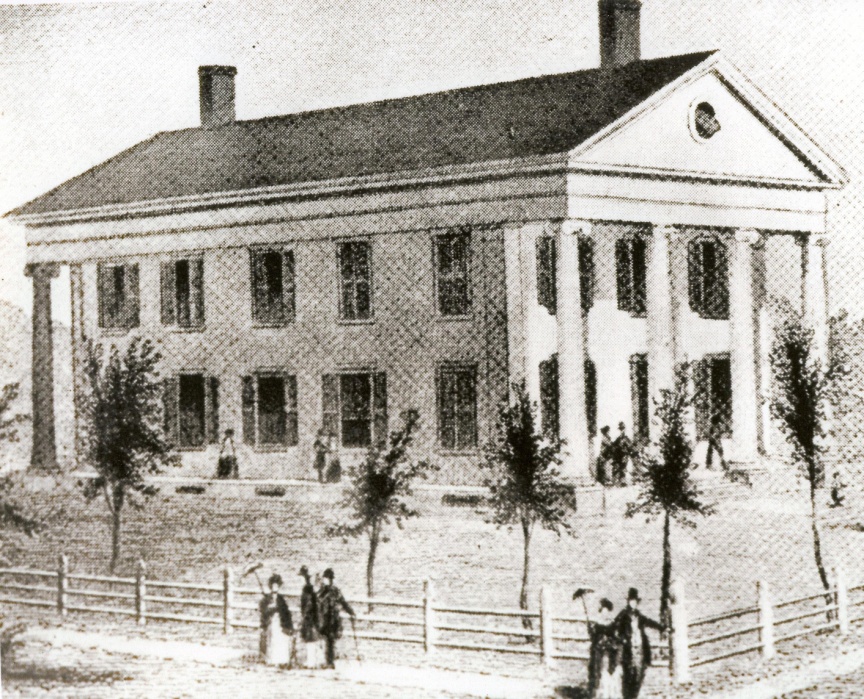 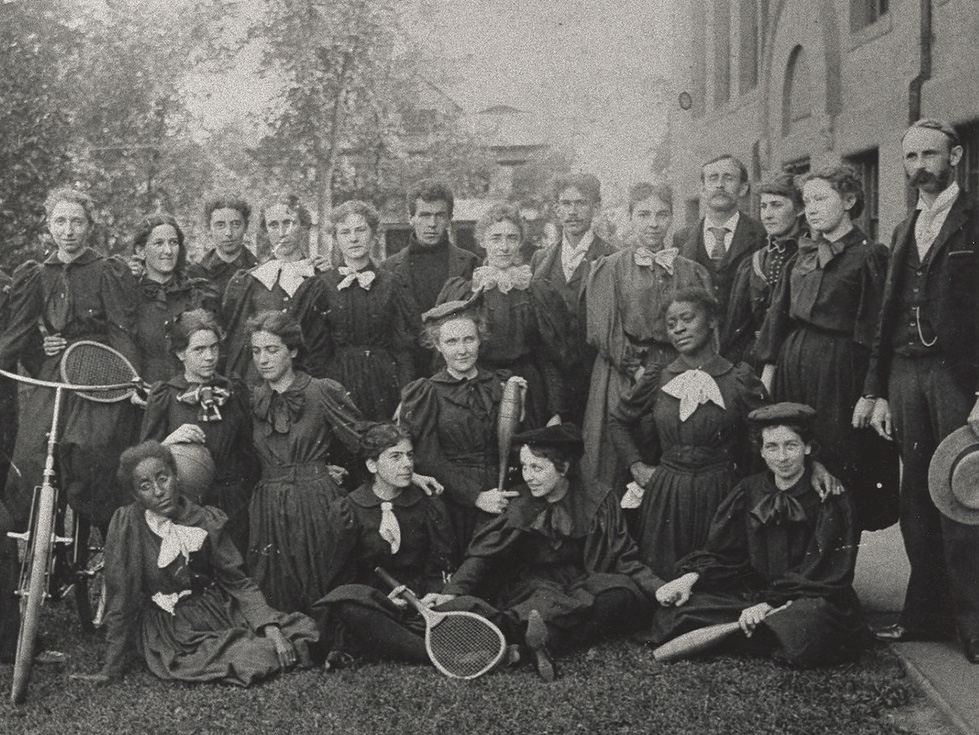 On September 4, 1839, Westfield State College began in Barre, Massachusetts as "one of the most important educational experiments in American history: the development of the normal school to provide teachers for the common schools of the mid-nineteenth century."[1]

On that first day, twenty pupils-twelve women and eight men- gathered in the new town hall to begin a revolutionary project: free, public higher education for the citizens of the Commonwealth.

In this, the first public, coeducational, and racially integrated normal school in the United States, all of the nation's ideals would be caught up. An enlightened citizenry was seen as the necessary base for the democratic experiment being worked out in the new nation. A trained force of teachers was essential to prepare the country's youth to take on the responsibilities inherent in the freedoms guaranteed under the Constitution. Thus Westfield was to become one of the models for the normal school idea which would spread across the nation and much of the world.

But this dream had humble origins. In two years at Barre, 160 students were taught with limited resources. The first principal and primary faculty member, Dr. Samuel P. Newman of Bowdoin College, also kept all records, supervised the dormitory-and acted as janitor.

In 1844 the Board of Education voted to move the Barre school to Westfield, where for some time civic leaders had sought a college for their community. The college thrived in its new setting. Faculty and graduates went on to found and staff comparable institutions across the country.  Although its primary mission was the preparation of teachers, Westfield Normal School graduates entered careers as diverse as medicine, law, publishing, the ministry, and government service. In the words of Dr. Robert Brown, "For those pupils with ambition and a bit of luck, it became the gateway to new lives." The school was especially important because it erected no barriers against students because of gender, race, religion, or income.

Westfield's distinguished alumni include George B. Cortelyou, who became the first U.S. Secretary of the Treasury; Dr. Nettie Marie Stevens, an accomplished Biologist; Samuel Courtney, born a slave in Virginia and who would become a prominent physician in Boston, and Eduardo C. Robreno, the first Cuban-American federal court judge. In 1847, the alumni association was born when the first graduates gathered for a reunion in Westfield. National figures gave speeches, the local newspaper saturated its pages with coverage, and "ladies of the village" prepared a feast for all. This tradition of linking the college and community in celebration continues in the spirit of today's inauguration ceremony.

In the 1930s, the Normal School became a state teachers college, and a four-year course of study was instituted, leading to the bachelor of science in education. Soon thereafter, alumni and citizens of Westfield led the hundreds of advocates who helped deflect proposals to close public teachers colleges.

After surviving this threat, the college again saw a period of growth, moving from the building which is now Westfield's city hall to the current campus, dedicated in 1956. In the 1960s the state authorized the Bachelor of Arts degree as an alternative to the teaching program. As enrollment quadrupled between 1960 and 1967, the college added new buildings, and instituted continuing education and graduate programs.

Westfield State University continues to be the gateway to opportunity. Its mission still emphasizes the educational ideals alive at its foundation: broad intellectual development, solid preparation for a profession, and significant community service.

[1] The Rise and Fall of the People's Colleges: The Westfield Normal School, 1839-1914 by Robert T. Brown, retired professor of history, and original director of the Raymond G. Patterson Alumni Archive. These notes are adapted from his previously published writings on the college's history. 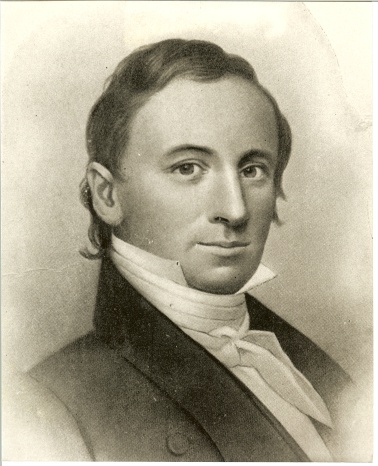 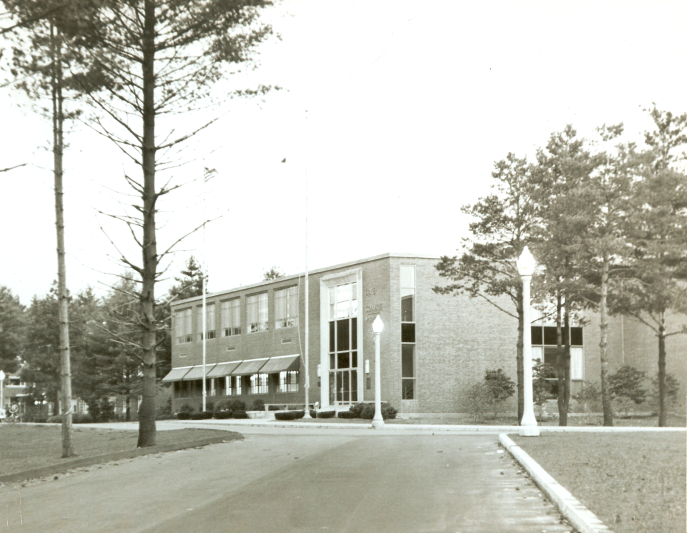